In November of last year my grandmother died. It wasn’t sudden—she came down with a disease named ALS, a disease that is currently untreatable and fatal. Your body breaks down until you can’t breathe. I miss her all the time.

When I was 19, I did something that made my father not speak to me for a year. I cleared out the basement and the attic. 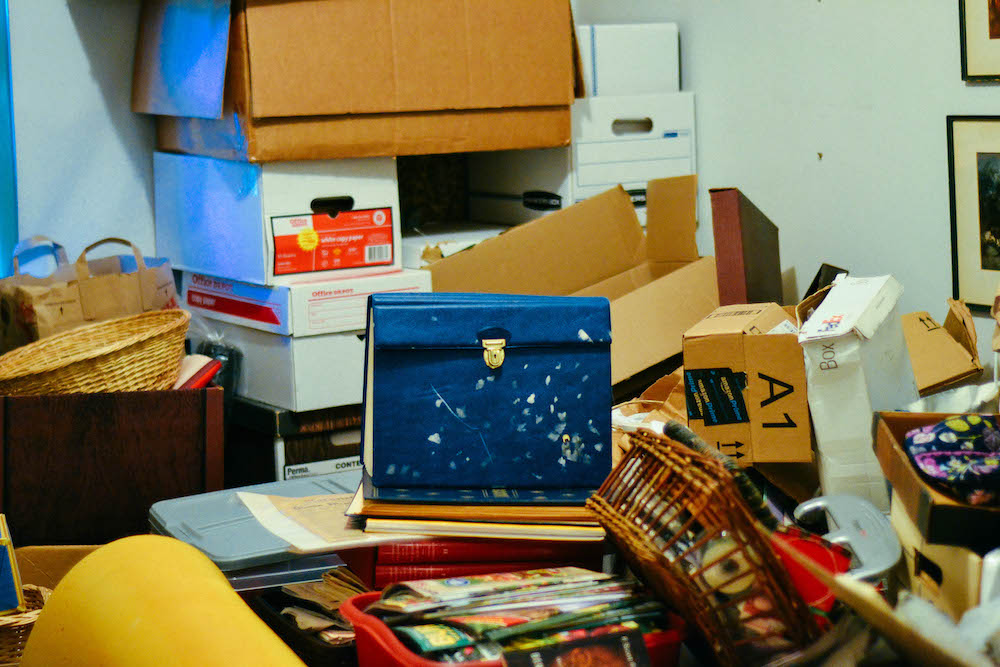 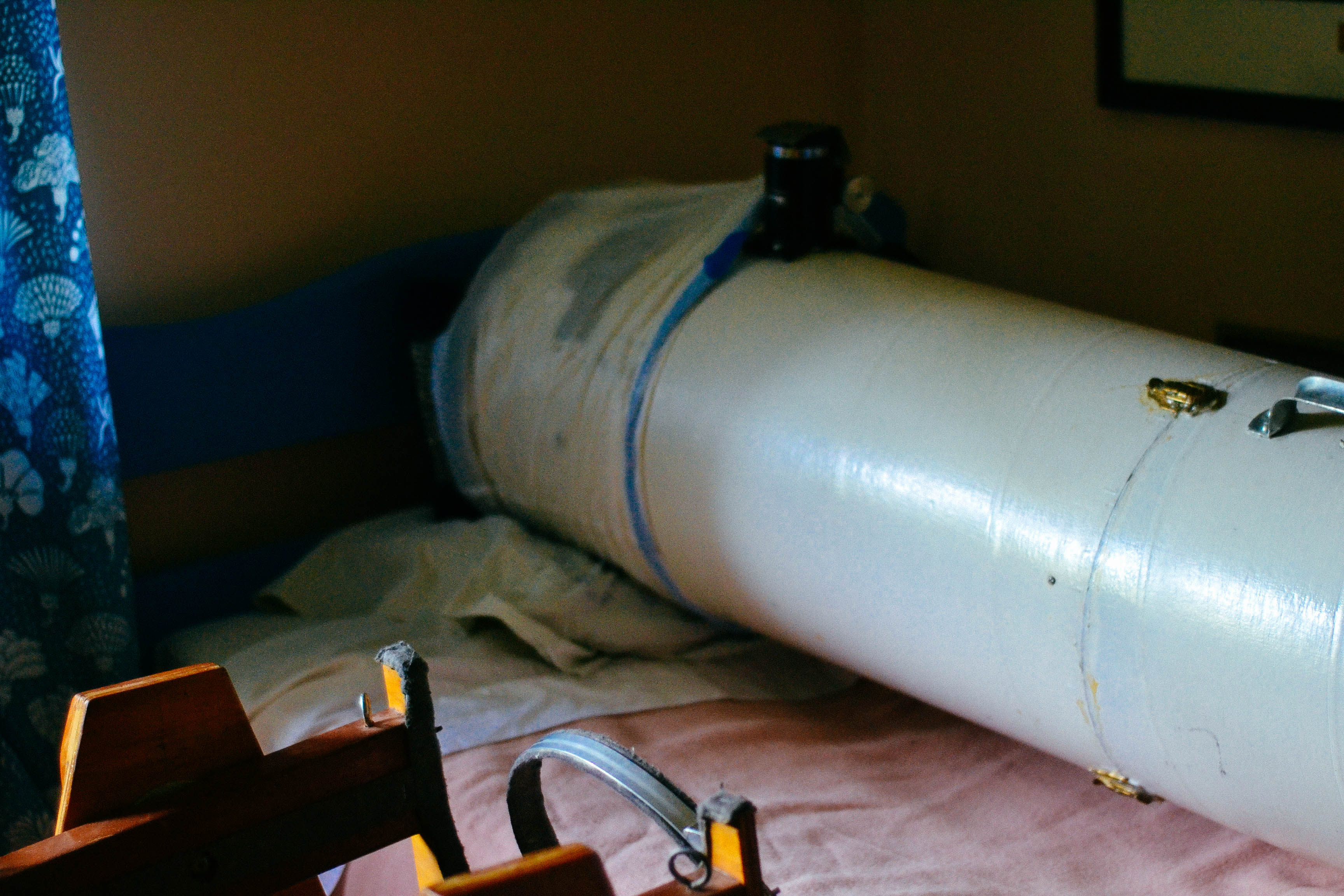 Of course that's not quite what I did. When I was 19, I threw away, donated, and sold an entire basement and attic’s worth of rocks, paperback books, receipts, trash I’d tried to throw away years ago, the inside pamphlets of video game boxes, and a million other equally random and inane things that one accumulates as one lives. My mother convinced my father to go away and spend time with family and while they were away my sister, husband and I threw away mountains of things.

It was creepy because I’d find things I knew, I god damn knew I’d thrown away years ago. My father would go through the trash and pull out shoes or clothing with holes I’d throw away, too damaged to be donated, stuff of that nature. It was uncanny to find things I never expected to find again in a jumble in the basement, having never left. 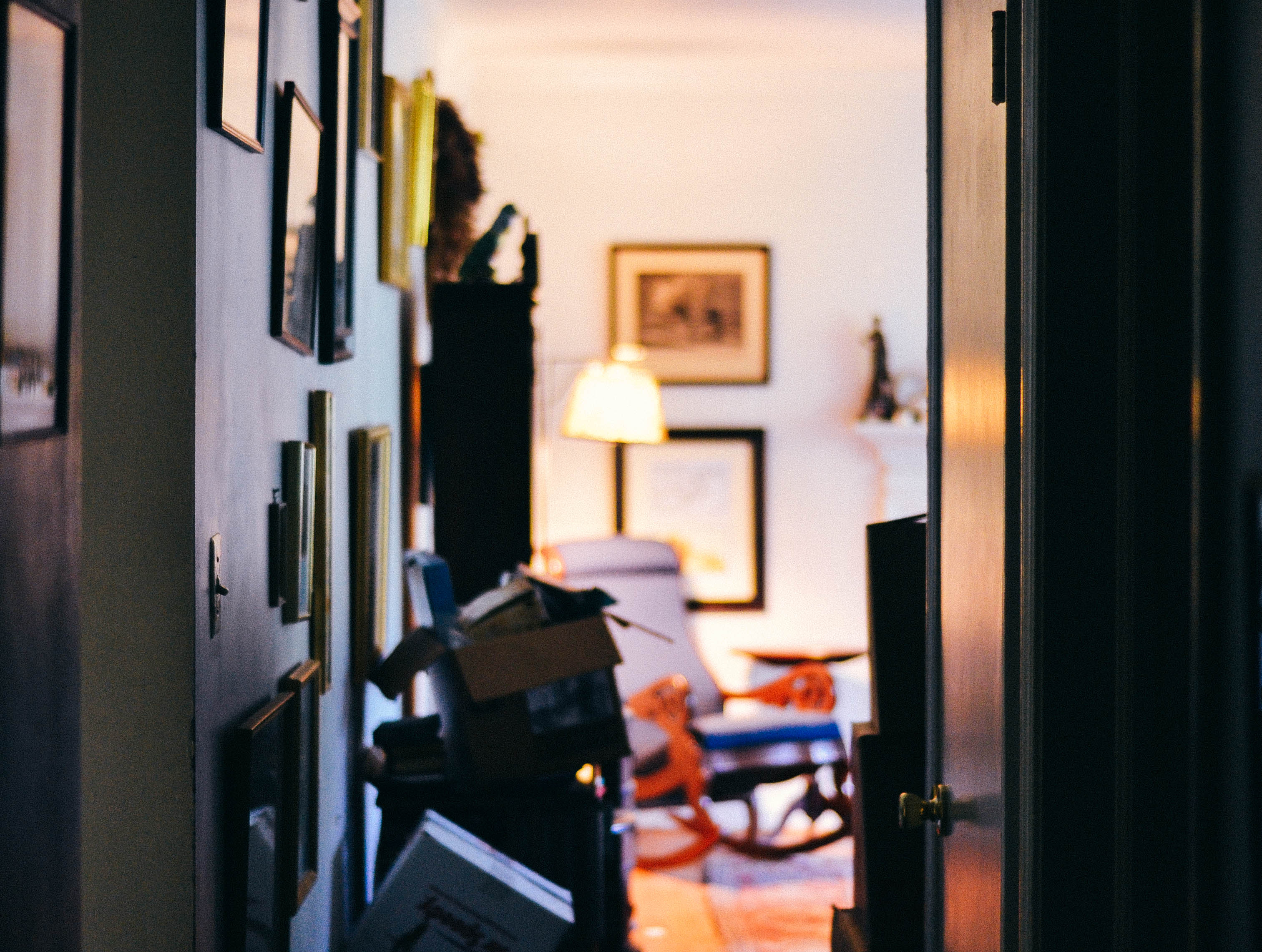 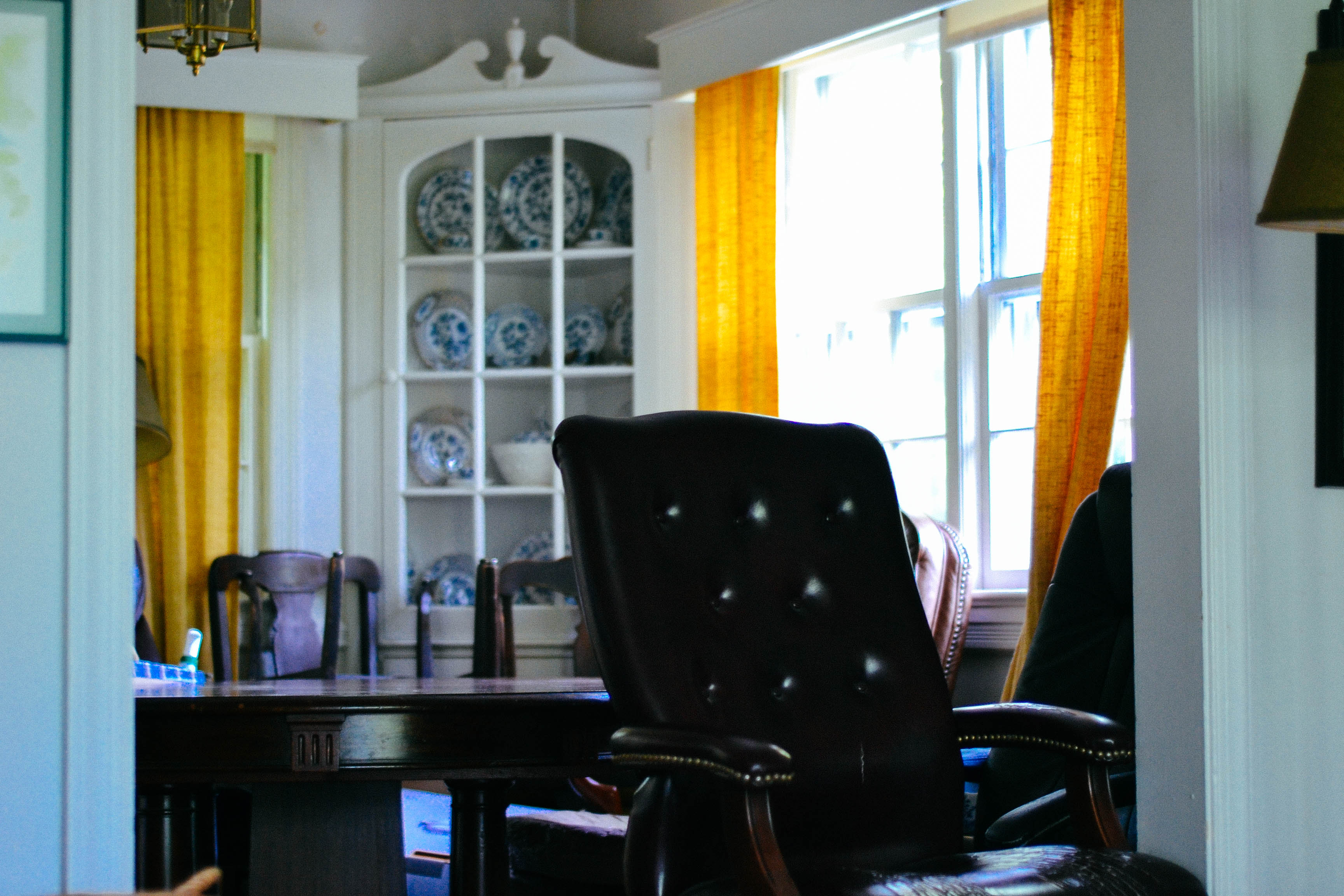 When my father came back from visiting family after we had done this, he was so furious he didn’t speak to me for a year. I’d gotten rid of things that served no purpose other than to make our house less liveable but to him, I’d thrown away security blankets what made his house feel safe. If you asked him why we needed those things, he’d mutter something about the apocalypse, or get angry that I was suggesting we get rid of these things. And while I knew I was strong enough to take it, it still hurt, being the villian that my mother could not be. The mother, who I have not yet mentioned, who browses through Southern Living wistfully and wants large french doors and lots of light and joy in her house but instead fought and is still fighting against the large, oppressive shadow in her house.

This is a story about mental illness, and the things we own.

I’m not 19 anymore, but demons don’t really fade away so easily. After my grandmother died and my grandfather was moved into a nursing home, there became the issue of their house. A house, like my mother’s, which was full of stuff. I’m not even the first to come in and clean it—my mother has, my aunt and her husband have, but it’s impossible to fight both the current of things that my grandmother and grandfather acquired through the years and my father, who latches on to free space and fills it. I’d hoped cleaning the house would be a big, daring project I’d embark on and complete in some sense with a big, exciting blog post at the end, but alas. I find myself in a state of maintenance. I find letters, and signs of how much my grandmother loved me and my sister. I find trash. I find ugly art, and framed posters from art museums. I find books and books and books. I find painted, damaged furniture. I find food past its expiration date. I find broken dishes, and tarnished silver, and army metals, and rewards, and plaques, and the signs of a life well-lived by someone many people other than me loved and respected. 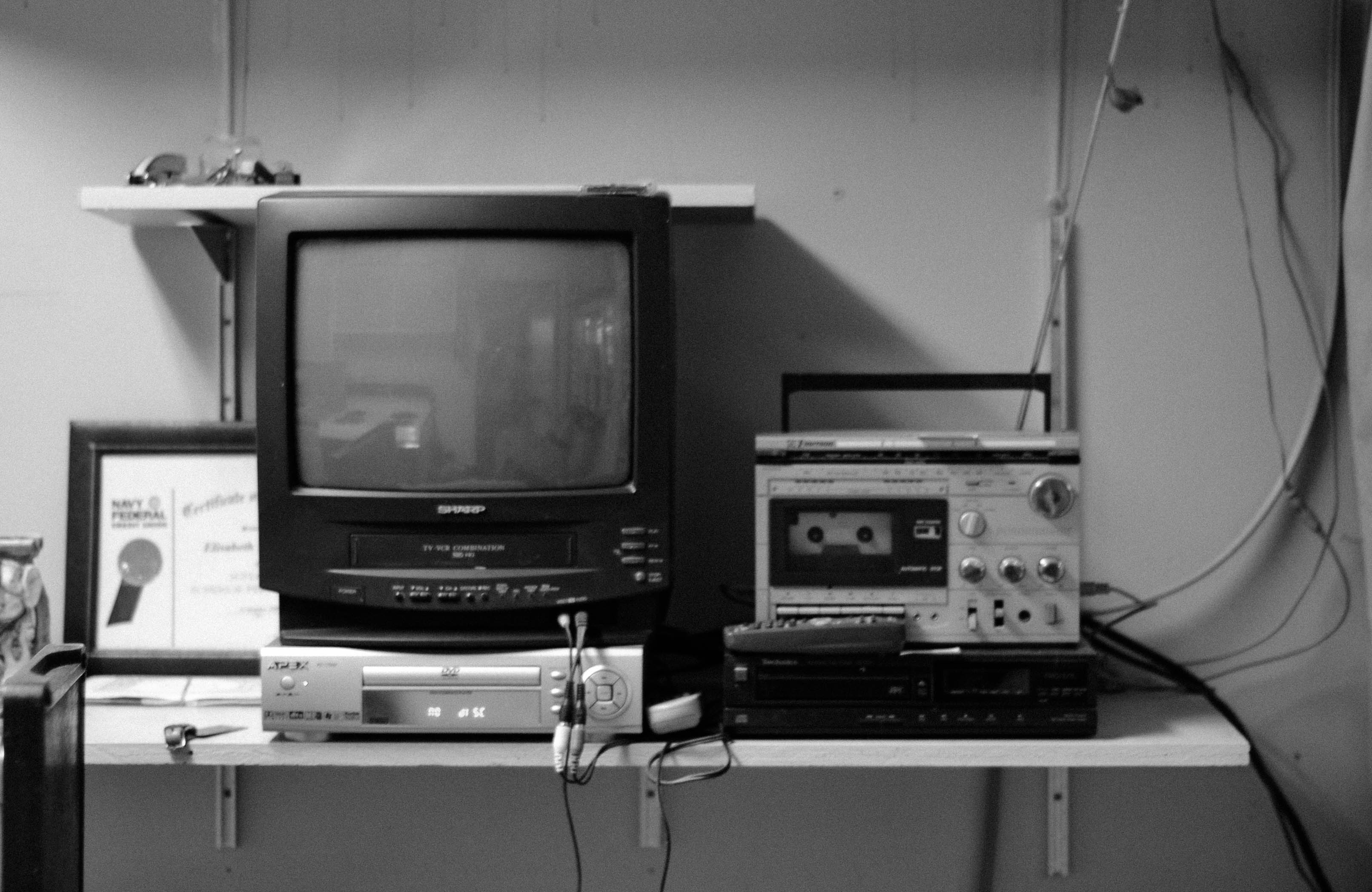 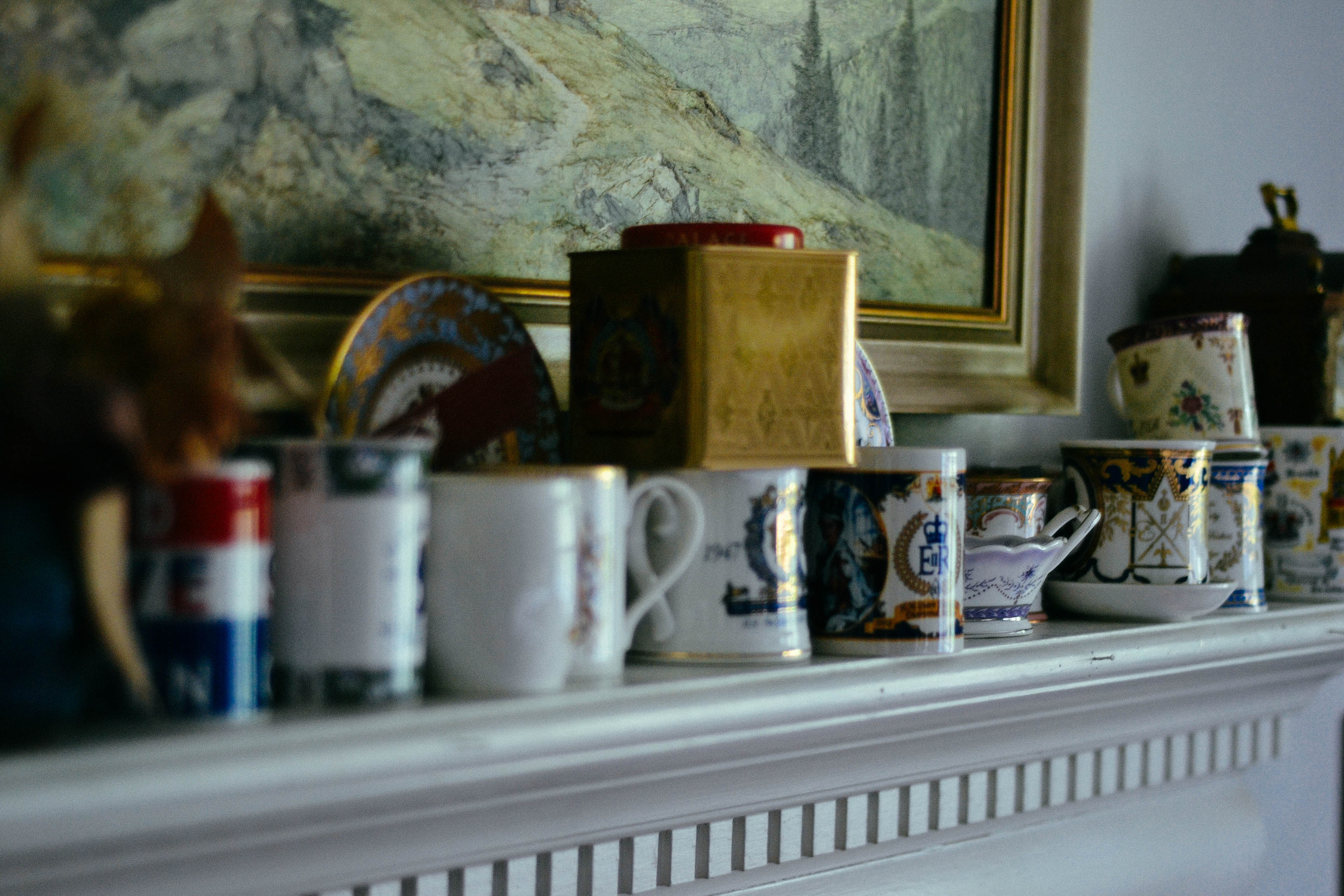 My grandmother loved the Royal Family. These are mugs celebrating various jubilees. 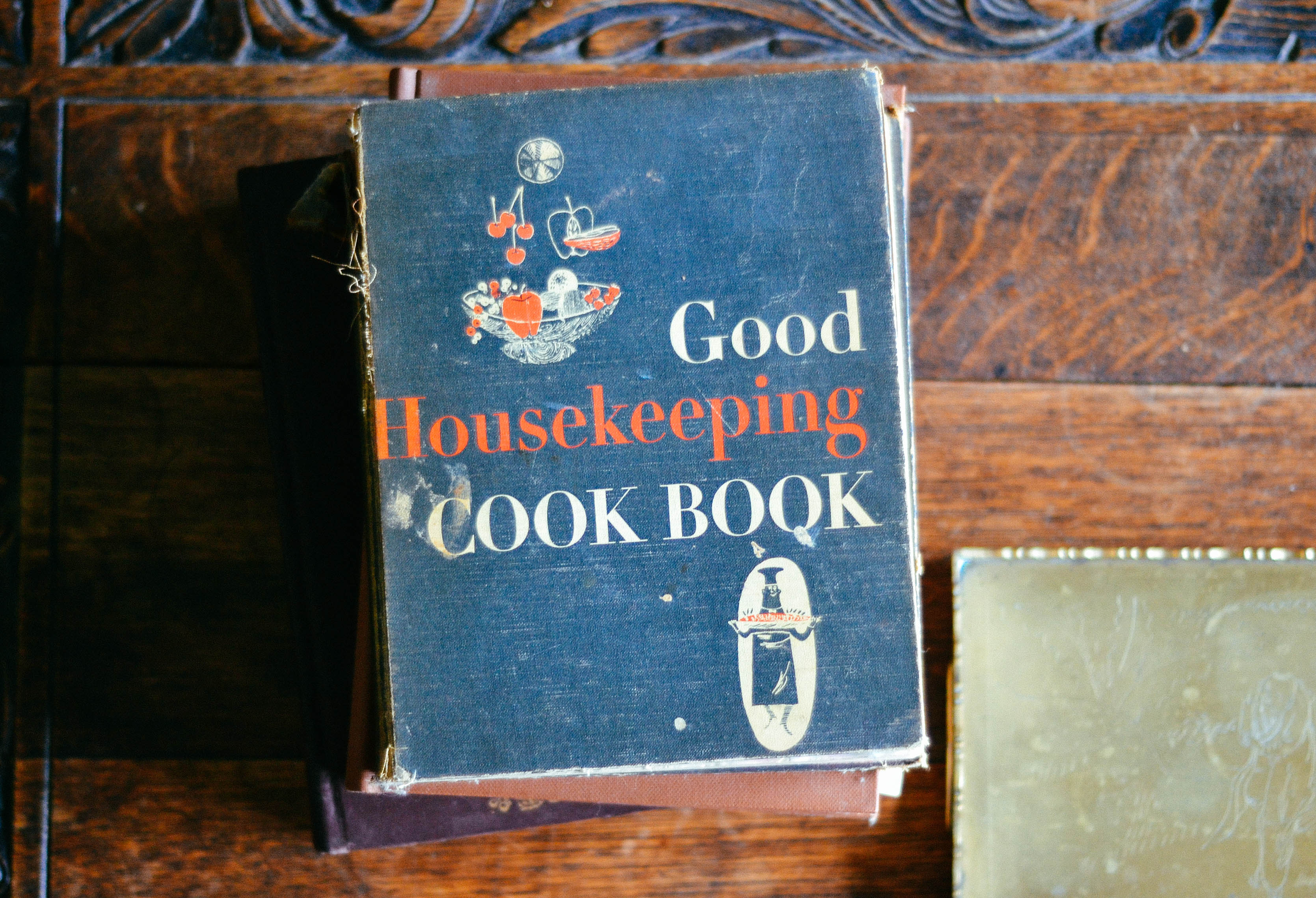 Concerns for any modern housewife?

And each thing gets sorted. Keep. Donate. Throw away.

Weirdly, this is not dissimilar from my actual job.

The things you keep needs to be a small pile. That’s because you need to know what you’re going to do with it—the artwork needs to be displayed, the silver should be polished, the things should be kept and loved and used. It is impossible to throw away everything when you loved someone so much and these things are part of them, part of that person you loved so dearly, and shaped their identity.

You also cannot keep everything. So much of what a person uses and owns are part of the day-to-day of keeping oneself alive and functioning and getting things done.

Of the remaining pile of things, you must sort the wheat from the chaff. Some things, while you do not need them, others will. And it’s important to know the different between, “I need this now”, and, “I might need this in the future.” I-might-need-this-in-the-future things must go. You cannot keep everything, and someone less fortunate than you probably needs it now, and you do not. Give it to those who need it. 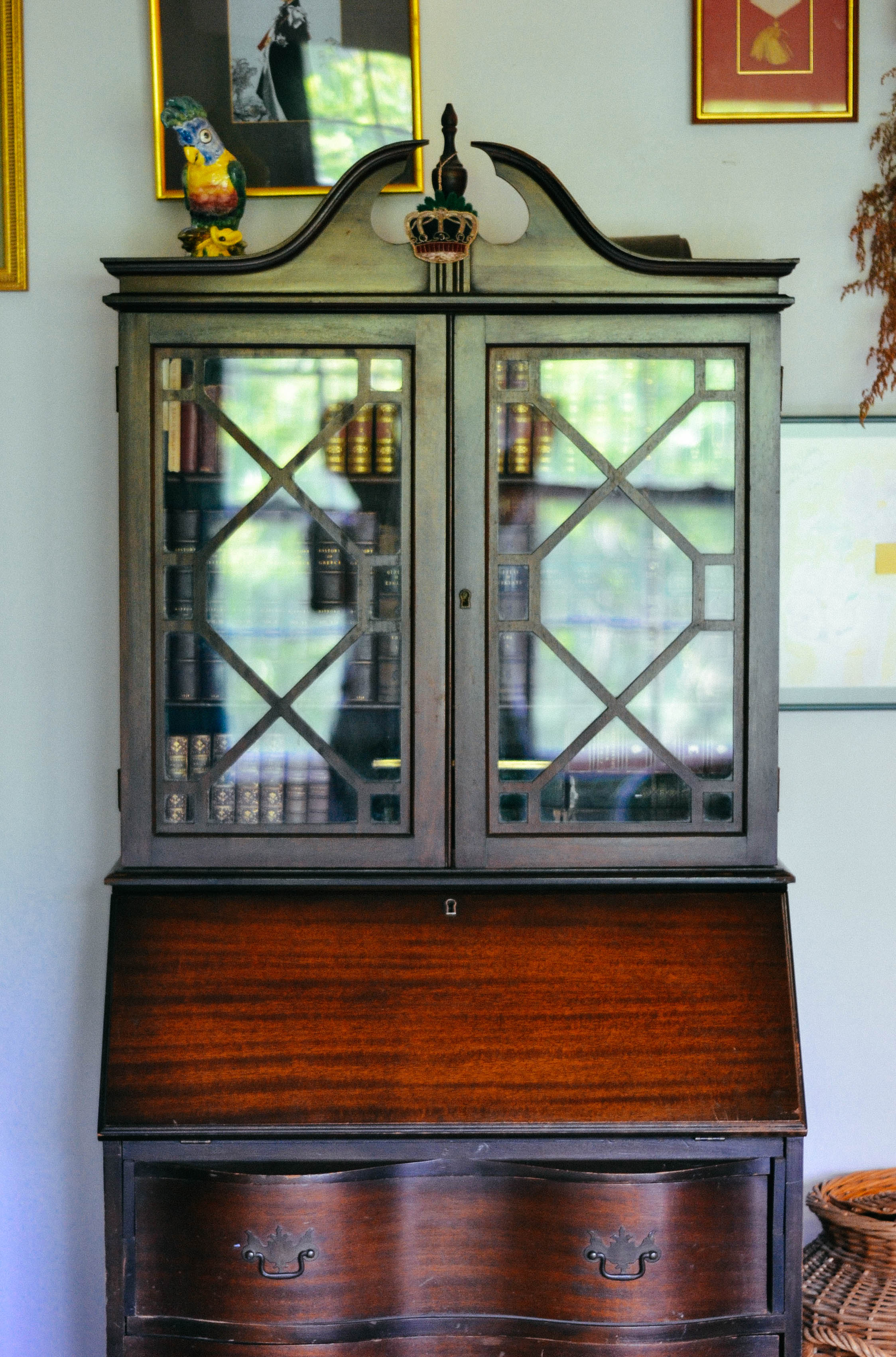 Sampling:
—The Complete Works of Wiliam Shakespeare
—The History of Greece
—The Queens of England 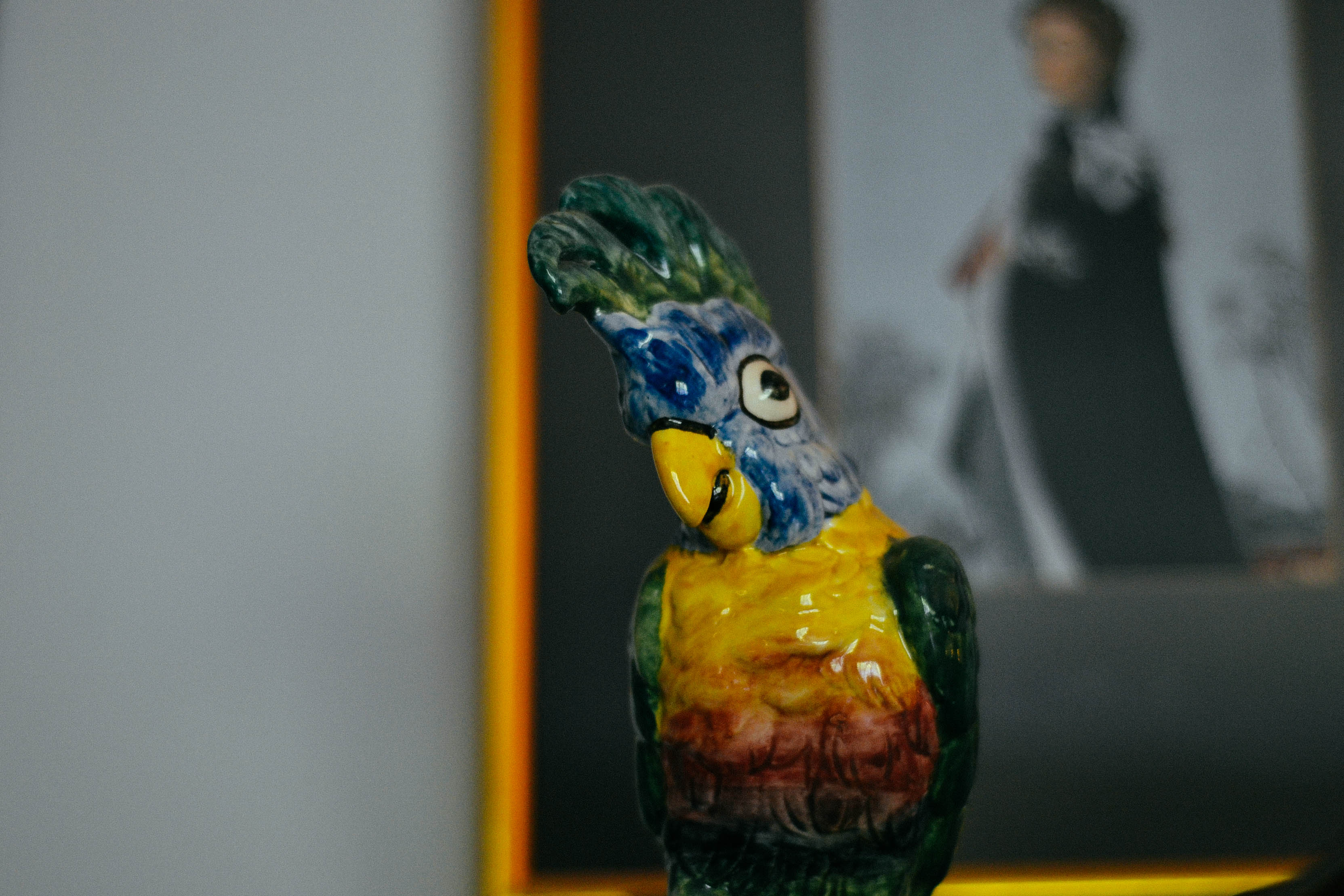 The rest should go. You put it in trash bags, and you watch as you begin to see counterspace and flooring again. You watch as rooms that felt small become large. You find room to breathe. You welcome the light in again.

You get tired from it. It’s exhausting sorting through the life of someone else. You have to shred documents and bag up donations and deliver them and haul trash to the curb over and over and over again. But mostly, you open up space.

You also get better at it. You learn, quickly, that photographs can live on your phone. You learn that memories can be written down, and that the thing that prompted that memory can leave once you’ve released the story. You learn that you can keep everything a person ever owned and it won’t bring them back. You have to let things go, and talk about them, and cry, and write, and host big Irish farewells with your cousins at 3 in the morning swapping stories about the person you’ve lost. But the physical objects leave, as they should. They were never what was important anyway.

My family has struggled with mental illness for generations, and I find myself as one member of a more complex puzzle than myself. I can’t reason with some of my family members on why the house needs to be cleaned because they have blockers that I do not. They are not governed by reason when it comes to this.

I also empathize. I’m also attached to things, and use them to shape my identity, just not as many things. We all do just to varying degrees and my own tolerance for number of things I can own is low, which my family benefits from in some small way when it comes to projects like this one. I donate with abandon.

If you have read this, and thought, “I must organize myself as well,” my advice to you is:

My father is very angry with me yet again, and I so desperately wish I could not be the bad person. I wish there was a way to explain this to my father, that things are not the same as love. But instead, I am here, throwing and sorting and cleaning one thing at a time. Because I know I can take it, as does my mother, who knew of my cleaning expedition all those years ago. Because I know that with the things gone, we’ll be free to leave, and make new memories elsewhere. And because I know it’s gonna look good when I’m done.